I completely agree with the idea for all the same reasons.

Unfortunately I think adversity from the pharmaceutical industry will substantially slow or stop the process.

all our institutions are effectively captured by them


THAT has to become the center of the story...
"disaster is the mother of necessity" rSin
Top

A group of Russian scientists have created a drug that may potentially revolutionize the treatment of Covid-19 by defusing the most catastrophic reaction the disease causes in patients, while not destroying their immune response.
The drug, called Leitragin, was developed by the Biomedical Technology Research Center of the Russian Federal Medical and Biology Agency (FMBA), and is currently undergoing clinical trials in Russia. Although its base substance was previously known and used in ulcer treatment medicine by Soviet and Russian doctors, it was the FMBA team that discovered how to apply it for the treatment of severe cases of Covid-19 and, potentially, other deadly diseases that cause life-threatening lung inflammation.

The Russian scientists had tasked themselves with finding a substance that would act as an ‘off switch’ for the chain reaction that, after being triggered by the invading SARS-CoV-2 virus, actually causes potential organ failure and death. This reaction of the immune system, dubbed the “cytokine storm,” has been variously described as our body’s overreaction to the virus or a “suicide attack” against the invading pathogen, and even as an evolutionary mechanism to stop the spread of deadly infections with the death of the host.

It's called a headline. It sums up the article which is about a group of research scientists who claim many Ivermectin studies are suspect.


Butcher Bob wrote: ↑
Tue Oct 12, 2021 5:57 pm
What is the source of "The BBC can reveal that more than a third of 26 major trials of the drug for use on Covid have serious errors or signs of potential fraud."? I don't see a reference in the article for this meta analysis.

There are multiple sources in the story. Did you not read it?


Butcher Bob wrote: ↑
Tue Oct 12, 2021 5:57 pm
The more I research this info, the more fishy the BBC and their sources seem to be. If you know of data that supports their anti-Ivermectin claims, I'd like to see it. But as it stands, they appear to be talking shit.

The BBC chose to interview those people. It chose to publish the story. But it didn't choose the words that those people were quoted as saying.

You guys seem to have a fundamental ignorance of how the press works. You just quoted a Washington Post article headlined: "Biden’s plan to vaccinate the world won’t work. Here’s a better one."

Do you think the Washington Post is saying that? Or is it the person who wrote the article (which happens to be an opinion piece)? Have you figured out the difference between an opinion piece and a news report yet? I know it's hard for you Fox News guys to tell the difference considering how much they blur the lines, but the BBC and Washington Post are reputable news organisations that abide by codes of ethics and strict editorial guidelines.

If "Dr" Campbell has a problem with a BBC article, then maybe he should simply contact them and ask to be interviewed on his opposing views. As is his right. That's how the media works.
Licensed to Krill
Top

shrimp dick
A rare medical condition where the afflicted person's penis resembles an ACTUAL shrimp, literally. Common subdivisions of common shrimp dickness are: shelled, unshelled, cooked, raw, veined, deveined, and COCKTAIL!
A penis pertaining to or replicating the image of the miniscule aquatic organism, the shrimp.

Yeah bitches, this be my MASSIVE PRAWN PENIS! Shuck on that! 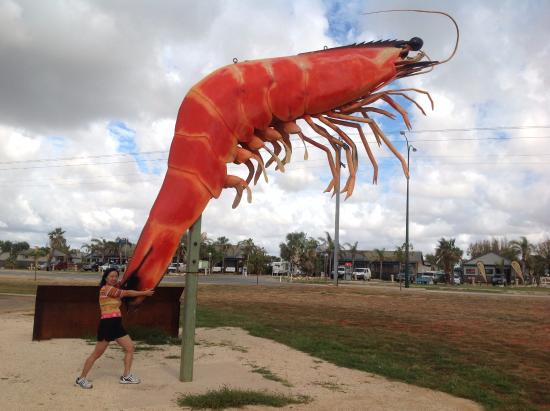 media choses voices it amplifies based on said media's opposition

agreed to on a losing argument...
"disaster is the mother of necessity" rSin
Top

agreed to on a losing argument...

This is true. But a responsible media makes an effort to interview all sides and air opposing views. The media should not be the arbiter, but merely the platform. Of course there is media bias – you only have to look at any of the Murdoch press to see it – but some institutions, such as the BBC, are supposed to be above that. In Australia, we have the ABC – which is the national broadcaster in a similar vein to the BBC – and both sides of politics regularly complain of bias. That shows it is doing a good job at being neutral.
Licensed to Krill
Top

It's also a premise.


There are multiple sources in the story. Did you not read it?

Great...then it should be easy for you to point out the 26 study meta analysis that is used as the cornerstone of the article's premise.


The BBC is not "talking shit".
...reputable news organisations that abide by codes of ethics and strict editorial guidelines.

...and now your lack of understanding MSM misinformation...

Codes and guidelines apparently have little effect on honesty.

I was a journalist for half my life. I was born into it. I know more about the inner workings of the mainstream media than you'll ever guess.

Knock yourself out. The BBC is not a medical journal – it doesn't have to provide references – however it provided sources to all quotes, and a simple search of those quoted in the story turns up piles of information used to support their views.
Last edited by Prawn Connery on Wed Oct 13, 2021 9:28 am, edited 1 time in total.
Licensed to Krill
Top

I love how FOX news is always the scapegoat for media bias when the collectivists preach their doctrine. Any one who thinks ANY media outlet isn't pushing an agenda is either stupid, apathetic, dishonest, or utterly indoctrinated.
Lets watch how they avoid the correlation between The Great Reset, and Build Back Better. This nwo itinerary is just pretty packaging for a massive financial bailout.
Historically, censorship has always been viewed as a tyrannical power grab. Ignore that, and know in your heart, that this time...this time ,it is a righteous defense of the public's health.
Top
Post Reply
437 posts